ACADEMIC LISTENING TEST PRACTICE
​PEANUT BUTTER
For Students Preparing for Academic Tests / IELTS and TOEFL
Listen as you read the script.
Playing Time: 2 minutes 40 seconds
Peanut butter is a popular spread that has been enjoyed for over a century. Its origins can be traced back to the Aztecs and Incas, who ground roasted peanuts into a paste. However, it wasn't until the late 19th century that peanut butter as we know it today was invented.
​
In 1884, Marcellus Gilmore Edson of Canada patented a process for making "peanut paste" by milling roasted peanuts between heated surfaces. This paste was intended as a protein-rich food for people who couldn't chew or digest solid food. However, it wasn't until the early 20th century that peanut butter began to be mass produced and sold as a consumer product.

In 1895, Dr. John Harvey Kellogg, the man behind Kellogg's cereal, filed a patent for a process of making "nut butter" which is similar to Edson's process. He served it to patients at his Battle Creek Sanitarium in Michigan, but it wasn't commercially successful.

It wasn't until the 1920s and 1930s that peanut butter began to gain popularity as a spread for sandwiches. In 1922, Joseph Rosefield, an engineer from Iowa, began to sell a creamy version of peanut butter that used partially hydrogenated oil to keep the oil from separating from the solids, which allowed for a longer shelf life. He began selling it under the name "Skippy" in 1933.

During World War II, the United States government promoted the use of peanut butter as a cheap source of protein for soldiers and civilians alike. This led to an increase in demand and a decrease in the price of peanuts, making peanut butter more accessible to the general population.

In the decades that followed, peanut butter became a staple in American households. It is now a common ingredient in many recipes, from desserts to savory dishes. Today, the United States is the largest producer of peanut butter in the world, followed by China and Canada. 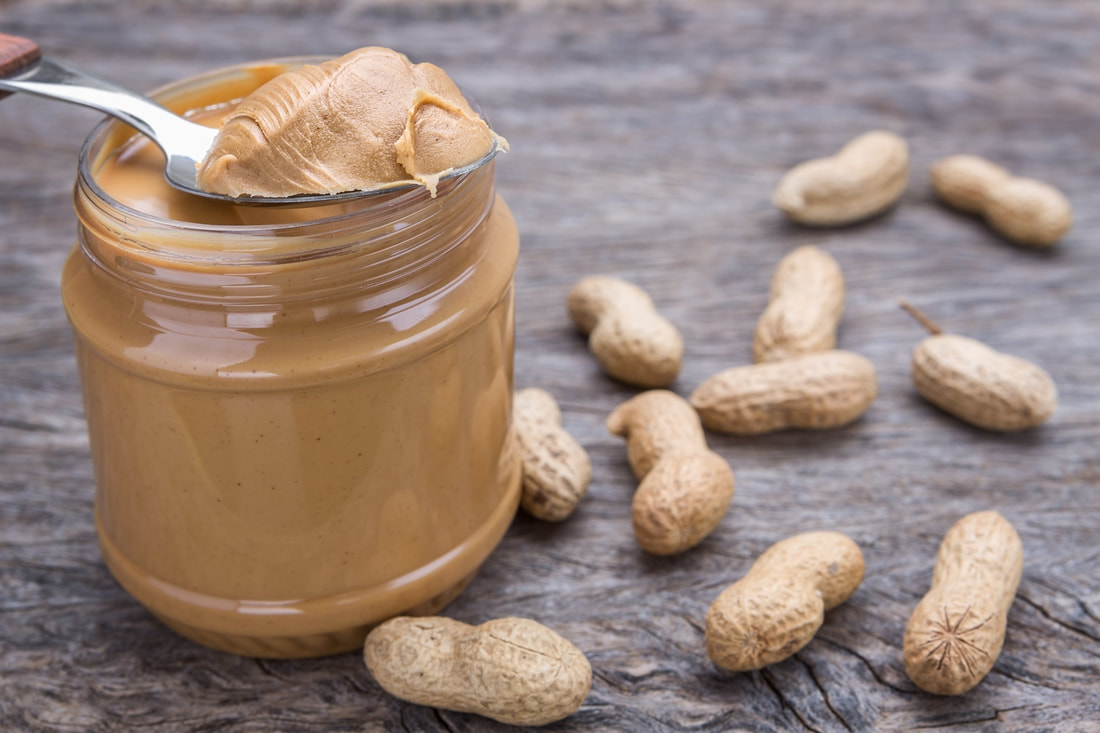 Jar of peanut butter with peanuts
Note: For more cool ESL resources about food, visit my All Things Topics site.