ACADEMIC LISTENING TEST PRACTICE
​THE PYRAMIDS OF GIZA
For Students Preparing for Academic Tests / IELTS and TOEFL
Listen as you read the script.
Playing Time: 2 minutes 18 seconds
Located just outside of Cairo, the Pyramids of Giza are a group of three ancient pyramids that were built as tombs for Pharaohs Khufu, Khafre, and Menkaure of the 4th dynasty. The pyramids, which date back to around 2500 BC, are considered one of the Seven Wonders of the Ancient World and are a popular tourist attraction to this day.

The most well-known pyramid is the Great Pyramid of Giza, which was built for Pharaoh Khufu and is the largest of the three pyramids. It is also the oldest of the Seven Wonders of the Ancient World and the only one that remains largely intact. The pyramid, which stands at a height of 147 meters (481 feet), is made up of over 2.3 million blocks of limestone and granite, with each block weighing an average of 2.5 tons. It is thought that it took around 20 years to construct the pyramid, with workers using a combination of ramps and levers to move the blocks into place.

The Pyramids of Giza are not only an impressive feat of engineering but also a testament to the wealth and power of the ancient Egyptian Pharaohs. They have attracted visitors from all over the world for centuries and continue to be a popular tourist destination today. In 1979, the Pyramids of Giza were designated as a UNESCO World Heritage Site and are considered a symbol of Egypt's rich cultural heritage. 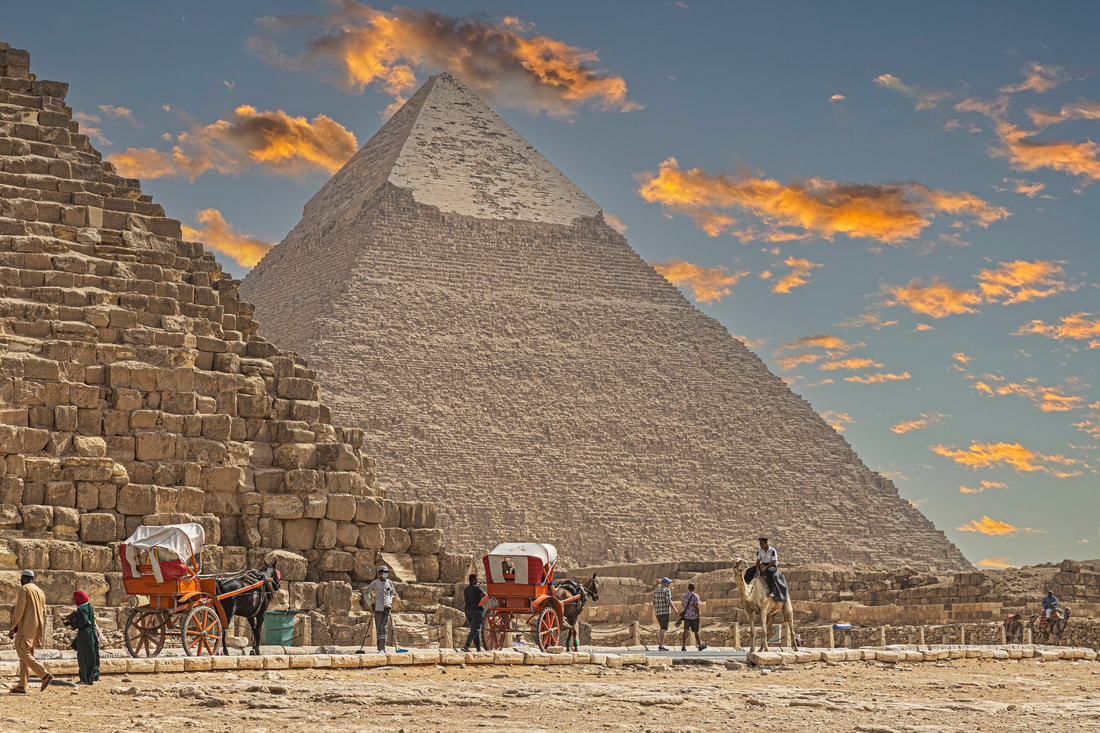