ACADEMIC LISTENING TEST PRACTICE
UZBEKISTAN
For Students Preparing for Academic Tests / IELTS and TOEFL
Listen as you read the script.
Playing Time: 3 minutes 11 seconds
Uzbekistan is a country located in Central Asia, bordered by Kazakhstan, Kyrgyzstan, Tajikistan, Afghanistan, and Turkmenistan. With a population of over 33 million, it is the most populous country in Central Asia. The official language is Uzbek and the currency is the Uzbekistani som.

Uzbekistan has a rich cultural heritage, with a history dating back to the first millennium BCE. The region was a crossroads for trade and cultural exchange on the Silk Road, which connected Asia, Africa, and Europe. The influence of this trade route is still visible in the country's architecture, art, and cuisine.

One of the most famous architectural sites in Uzbekistan is the city of Samarkand, which was a major center of trade and culture on the Silk Road. The city is home to several UNESCO World Heritage sites, including the Registan, a complex of three medieval madrasas, and the Bibi-Khanym Mosque, one of the largest mosques in Central Asia. Bukhara, another ancient city in Uzbekistan, is also known for its well-preserved medieval architecture and is a UNESCO World Heritage site.

The cuisine of Uzbekistan is heavily influenced by the nomadic cultures of Central Asia and features a variety of meat dishes, including plov (a rice dish cooked with meat and vegetables) and shashlik (grilled meat skewers). Uzbek bread, called "non," is also a staple of the country's cuisine and is often served with meals.

Uzbekistan's economy has been rapidly growing in recent years, driven by the country's rich natural resources, including oil, natural gas, and minerals. Agriculture also plays an important role in the country's economy, with cotton, fruits, and vegetables being major crops.

The government of Uzbekistan has made efforts to diversify the economy and attract foreign investment. The country is also working to improve infrastructure and promote tourism, which has been on the rise in recent years.
​
Overall, Uzbekistan is a country with a rich cultural heritage, diverse landscapes and landscapes, and a rapidly developing economy. With its ancient cities, traditional crafts, and delicious cuisine, it is a destination that offers a unique and unforgettable experience for visitors. 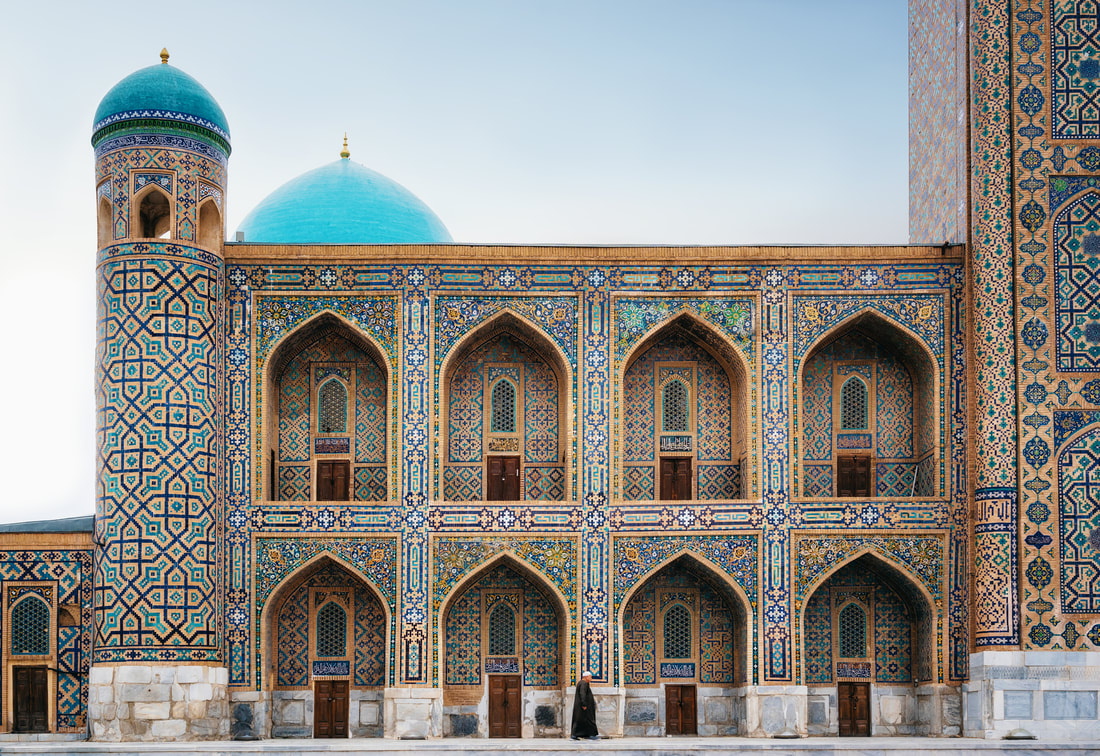