ACADEMIC LISTENING TEST PRACTICE
VIKINGS
For Students Preparing for Academic Tests / IELTS and TOEFL
Listen as you read the script.
Playing Time: 3 minutes 9 seconds
The Vikings were a seafaring people from the late eighth to the early 11th century. They hailed from the Scandinavian countries of Norway, Denmark, and Sweden, and their journeys took them as far as North America, Africa, and Asia. The Vikings were known for their naval skills, fierce warrior culture, and their impact on the history and development of Europe.

Vikings were skilled navigators and sailors, and their ships, known as longboats, were designed for both speed and maneuverability. These ships were able to navigate both the open seas and shallow rivers, allowing the Vikings to travel and raid far and wide. Their ships also allowed them to trade and establish settlements in many areas.

The Vikings were also fierce warriors, known for their bravery and skill in battle. They were skilled in the use of a variety of weapons, including axes, swords, and shields. They also used advanced tactics and strategies in battle, such as the famous Viking shield wall formation. This reputation as fierce warriors struck fear in the hearts of many of their enemies, and the Vikings were often able to achieve victory in battle through sheer intimidation.

Vikings were not only warriors but also traders and explorers. They were known for their seafaring and trading skills and established trade routes throughout Europe and beyond. They traded in a variety of goods, including slaves, furs, and metals. They also established settlements in many areas, including the famous Viking colony of Iceland and the controversial settlement in Canada. In 1960, a Norse settlement was discovered in L'Anse aux Meadows, Newfoundland, Canada, which carbon dating suggests was established around 1000 AD. This evidence suggests that Vikings had reached North America, specifically Canada, before Christopher Columbus.

The Vikings also had a significant impact on the culture and religion of Europe. They brought new religious beliefs and practices to the areas they settled, which had a lasting influence on the development of Christianity in those areas. Their stories and legends also had a lasting impact on the literature and culture of Europe.
​
Vikings were also known for their art and craftsmanship, particularly in metalwork and woodcarving. They were skilled in the use of various materials, including gold, silver, and bronze. They were also known for their intricate designs and intricate patterns, which were often used to decorate their weapons, jewelry, and other objects. 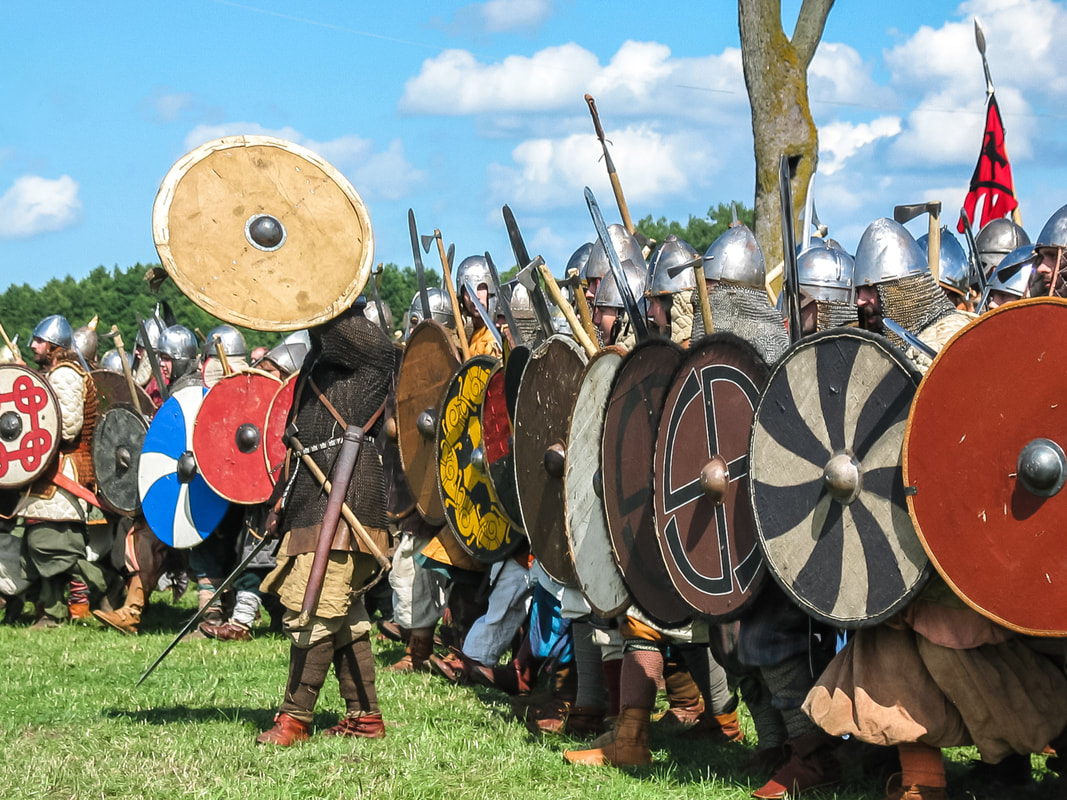 Re-enactment of a Viking battle in Poland
Note: For more cool ESL resources, visit my All Things Topics site.